Our leadership team is comprised of volunteers who have dedicated their lives to the mission of A-BE-C – that every individual with exstrophy is given the chance to reach their life’s full purpose and potential. 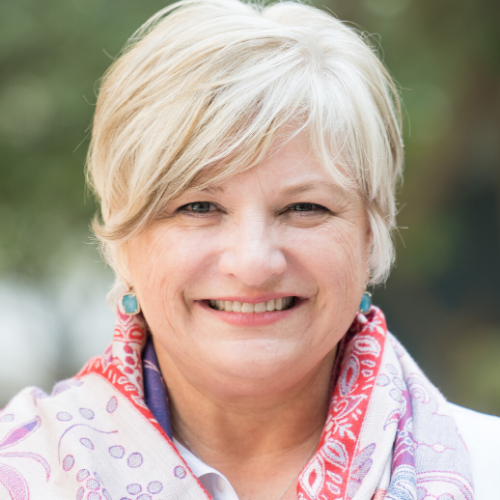 Pamela Artigas is a mother by choice of a child with bladder exstrophy. Pamela has a passion for and an understanding of this rare medical condition. In 2009, Pamela adopted her then 4-year-old daughter from China who was born with bladder exstrophy. Since bringing her daughter home, Pamela has dealt with the many hurdles of raising a child with exstrophy including her daughter’s complete primary repair after a late and failed initial closure while in a Chinese orphanage.

Since then, Pamela has made it her life’s mission to develop a global support network with medical credibility. As President and Executive Director of A-BE-C, Pamela’s leadership goals are to forge partnerships with patients, their families, and the medical community to enhance the care and clinical outcomes, provide value and improve the quality of life for children born with this condition. A-BE-C provides often hopeless parents around the world with the information, guidance and resources they need to seek treatment.

Pamela brings to A-BE-C over twenty years of business and nonprofit experience, including significant roles in management, program and organizational development, strategic and business planning and business development. She has been actively involved as a volunteer on a global level, most notably for her ongoing fundraising and advocacy efforts on behalf of children from underserved countries living with bladder exstrophy. Pamela attended the University of Tennessee as a business major and received her Certificate in Nonprofit Management from Duke University. Following the 1989 birth of a son with bladder exstrophy, Dr. Jeffrey Niezgoda and his wife, Kathleen, established Association for the Bladder Exstrophy Community (A-BE-C) with the hope of empowering and reaching out to other families with children with exstrophy.

Since its inception, A-BE-C has grown from a group of 70 families to several hundred, providing support to patients and families spanning the world. Dr. Niezgoda and his wife continue to actively participate providing guidance and philanthropic support.

Dr. Niezgoda is the President & Chief Medical Officer of AZH Centers, an independent non-hospital based practice. Advancing the Zenith of Healthcare is a novel company dedicated to excellence in wound, vascular and regenerative clinical services. Dr. Niezgoda is also the founder of Web CME, an international educational company with a mission to provide wound care and hyperbaric education over the internet.

He is the President of the American Professional Wound Care Association and the Immediate Past President of the American College of Hyperbaric Medicine. Dr. Niezgoda holds an M.D. from the Uniformed Services University of the Health Sciences, F. Edward Herbert School of Medicine, Bethesda, Maryland, and is a 1981 graduate of U.S. Air Force Academy. 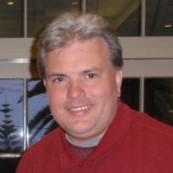 Born with bladder exstrophy, Tom Exler has been a champion for raising awareness and support for bladder exstrophy most of his life. In the early 1970s, his mother and surgeon founded a support group for parents of children with ostomy and intestinal or urinary diversions. He made his first speech about living with exstrophy in 1976 at the age of 10. Since then, he has given many speeches and volunteered with organizations, including as a camp counselor at the United Ostomy Association Youth Rally.

He founded the United Ostomy Association Young Adult Network in 2002. He has been a member of ABC since 1994 and vice president since 2006.

Misty has volunteered with A-BE-C intermittently since 2009 by speaking at international and local conferences, and creating numerous presentations, videos and articles. She officially joined the team in 2019 as communications manager and assists in responding to the large volume of inquiries received. She has 14 years of extensive, well-rounded experience in the healthcare industry. Misty worked as a nurse at the VA Palo Alto Healthcare System for 7 years before leaving to pursue her educational goals. She is currently working as a school nurse in Menlo Park, CA and lives in the San Francisco Bay Area. Janet has been advocating for vulnerable children in Uganda since 2009 when she first visited Uganda in support of a non-profit charity working with AIDS related orphans. In 2010, she moved to Jinja, Uganda, with her husband Paul and their youngest daughter to volunteer with the local staff of Children of Grace, serving orphans through education, medical and ‘after school’ programs. It was during this time that Janet first met Solomon, a child born with Cloacal Exstrophy. Since no medical support was available in Uganda, Janet advocated for Solomon to get proper surgical care first in Kenya, and subsequently in Canada.

Janet graduated from Colorado Christian University with a BS in Organizational Project Management. After an early career in the Airlines industry working for American Airlines, Janet retired to devote her time and talents in raising her four children, Meagan, Andrew, Phillip and Cassidy – while her husband Paul pursued his career in the corporate world of Information Technology.

Following her return from Africa, with her children now grown, Janet has had the time to continue her non-profit work in serving ‘the least of these’ both in Africa as well her local community. She continues to advocate for and support Solomon and his family in his continued medical needs associated with his cloacal exstrophy condition, along with other children with urological needs in Uganda. She is also involved with the SKB Foundation and its work bringing the arts to underprivileged school children in communities across the U.S.

Janet brings a compassionate heart and the decades of experience in raising her family while living in many parts of the US as well as Uganda to her work in advocating for vulnerable kids. While pursuing these passions, she also finds lots of time to enjoy her three young grandsons, as well as her passion for the creative arts through pottery. Janet and her husband, Paul now reside in Denver, Colorado, since relocating from the San Francisco bay area in 2015. Specialty – Emily Haddad is a Global Care Mental Health Therapist who volunteers her time to A-BE-C in addition to her work as Director of Patient and Family Support in the Department of Pediatric Urology at Cook Children’s Medical Center in Fort Worth, Texas. Ms. Haddad is a licensed clinical social worker.

Education – Haddad received her bachelor of arts in Anthropology and Sociology at the University of Vermont and her master of Social Work at the University of Michigan where she was also an instructor in the Department of Sociology. Haddad trained as a social worker in the NICU at Toledo Children’s Hospital, Toledo, Ohio and in the Department of Urology at the Hospital for Sick Children in Toronto, Ontario.

Other – Haddad is passionate about providing services to individuals with urogenital defects and their families in collaboration with their medical providers.Emily Haddad is a licensed clinical social worker in pediatric urology. Dr. Paul Merguerian is the Division Chief of Urology at Seattle Children’s and Professor of Urology at the University of Washington.

Specialty – Dr. Merguerian is an accomplished scholar, a committed teacher and mentor, and surgeon. His area of academic focus has been on complex reconstruction especially bladder exstrophy, and safety, efficiency, and cost within the field of pediatric urology.

Education – Dr. Merguerian received his medical degree from Hadassah Medical School in Jerusalem and completed his Residency in Urology at the University of Rochester. He then went on to complete a Fellowship in Pediatric Urology at the Hospital for Sick Children in Toronto. He received his Masters in Science from the Dartmouth Institute of Health Policy and Clinical Practice, and has received Lean Six Sigma training at the Dartmouth School of Engineering. David Mukisa holds a Bachelor’s Degree in Pharmacy and has worked with National Medical Stores for their procurement and logistics department, and for The AIDS Support Organization (TASO) in Uganda as a Lead Pharmacist. He currently serves as a Program Officer in supply chain management with the United States Agency for International Development (USAID).

As A-BE-C Uganda Program Coordinator David is responsible for coordinating surgical workshops with outside corporations, supervising project workers, and managing expenses. In addition he has the important task of quarterly check-ins with exstrophy patients, and assists with scheduling and transportation for follow-up care.

David’s son Solomon was born with cloacal exstrophy and the family has been featured on A-BE-C’s website. David and his wife Mary were tenacious in finding the best care for their son. Since then they have worked tirelessly to help all those living with exstrophy in Uganda. Joseph B. Redman is a self-employed entrepreneur born with bladder exstrophy. He grew up in the small town of Morning View, KY with his two brothers. His first surgery, at the age of three, was his exstrophy closure at Cincinnati Children’s Hospital and Medical Center.

Throughout his school years, he had multiple surgeries for his kidney and bladder stones. But that didn’t slow him down. He was very active in sports, playing baseball and joining the wrestling team. When Joe was 23, he started his own company, Professional Sealants, Inc. He has two beautiful children, Elyana and Elisha. Throughout his life, Joe has been showered with support from great medical teams, his parents, his brothers Jeremy and Daryl, and a large extended family. Joe enjoys golfing, boating and spending summers at his lake cabin on Laurel Lake, Kentucky. At the moment, he’s trying to get his kids raised and off to their careers so he can retire!