Briten Douglas is this year’s recipient of the Courage to Shine award, setting an example with her perseverance and positive attitude throughout countless years of pain and adversity.

Briten was presented with the award at the 2019 International Exstrophy Conference in Los Angeles on June 29 by Tom Exler, founder and chairman of Courage to Shine.  Thank you to Briten and her family for joining us at the conference and for sharing your incredible story!

My name is Briten Douglas and I was born on October 27th in 1986 with bladder exstrophy.  That makes me 32 years old!

I say that very proudly because that also makes me a survivor for 32 years of a birth defect that has made me face death more than a handful of times, as well as presented me with challenges that most people could never imagine.  However, in the same breath, I wouldn’t trade this body for any other because it has faced so many odds and fought so many wars … and came out on the other side and won! When I came into this world, I had no bladder and my pelvis was not fully formed.  My legs dangled on either side and at first the doctors didn’t know the extent of the severity of my birth defect.  I was rushed immediately into surgery and my parents were given the unimaginable news that I may not survive due to the birth defect.  They were told that even if I did survive the surgery that I would never be able to walk and that I would live a compromised life.

I continued to undergo several surgeries and hospitalizations within my first 4 years of life.  In the Spring of 1991, I was scheduled to have a major bladder augmentation surgery, but the day before the surgery my family and I received devastating news.  I was diagnosed with Acute Lymphocytic Leukemia (A.L.L.). 69 percent of my blood was cancerous. This meant that my bladder augmentation surgery had to get postponed until I survived the cancer.  I underwent 3 years of chemotherapy treatments, countless blood draws, spinal taps, leg shots, and hospitalizations. By age 7 I was in remission, and the bladder surgery could finally get rescheduled for when I was age 9 so that my immune system had time to heal.  In 1996 I checked into the hospital for that bladder augmentation surgery and didn’t get to leave until 9 ½ months later due to countless complications from that surgery.

After surviving those first 10 years of life I thought that I had made it out of the woods. I underestimated the downstream effects of bladder exstrophy.  I had several bowel obstructions due to the adhesions that grew in my abdomen which is a side effect of having multiple surgeries. Throughout high school I struggled with the bowel obstructions and was learning how to cope with a life in pain. My kidneys were a large source of pain as well since they had really taken a beating during my cancer years. Even though my body was enduring a lot at this time I continued to cherish every day that I had.

I played on four sports team, Tennis, Water Polo, Swimming and Cheerleading. I was even Cheer Captain for both the JV and Varsity teams. I was in the High School ASB and Commissioner of the Pep Rallies and my Junior Prom. I graduated with honors from Escondido High School in 2005. Other activities that I squeezed in included dancing, musical theater and playing musical instruments such as the drums and guitar. I went on to attend the University of California, Santa Barbara and graduated with a Bachelor’s degree in Sociology and Exercise and Health Sciences.  During my time in college I was on the Cheerleading team and in the Sorority Kappa Alpha Theta.

These years were met with even more pain and surgeries. During my sophomore year I had another bowel obstruction and my mom had to race all the way up to Santa Barbara from San Diego to get me because the facility and doctors were not equipped to perform the surgery that I needed to survive this obstruction. Emergency surgery was performed as soon as I arrived at UC San Diego Thornton Hospital.  During my junior and senior years in college I pursued fixing my kidney pain. This pursuit led me all the way up to Stanford Hospital. I was led in the direction of a Pediatric Urologist named Dr. William Kennedy who had experience with bladder exstrophy patients.

He was willing to help me explore my kidney pain and so he ran several test and procedures which included placing a stent in my left ureter and a drainage tube placed in my left kidney. As you can imagine I did miss a lot of school and therefore I was behind in graduating with the rest of my class. But that didn’t stop me. With a bladder bag hanging off of my left hip, my last two semesters of college I had to get special permission from the Dean to take twice as many classes as are allowed so that I could graduate on time and walk with my friends during the graduation ceremony. I did make it! I got to walk with my class in 2009!

Dr. Kennedy did perform exploratory surgery on me and discovered that my left ureters were in a knot and not allowing my urine to drain properly from my kidneys to my bladder. I forgot to mention that part of my birth defect includes having a duplex kidney where I have two small kidneys, each with their own ureter, that functions as one larger kidney. Dr. Kennedy was able to fix my problem with my ureters and now I was finally able to start enjoying a life not in chronic pain.

I had always enjoyed performing when I could during my youth so that led me to audition for a job at Legoland California. I was hired as a seasonal performer for Christmas time as their Lego Princess Snowflake. The friends I made at this job led to me other performing opportunities atSeaWorld San Diego. I have been able to dance with the Killer Whales in their Shamu Rocks Show, DJ and emcee several of their night clubs as well as be a part of their 50th Celebration and host numerous pre-shows in all of the stadiums in front of thousands of people.

I currently still work at SeaWorld, as well as at the San Diego Zoo, Djing and emceeing shows on the weekends and Holidays! During the weekdays I work full time as a Training Coordinator for the Ambulatory Electronic Health Records team at Sharp Rees-Stealy Medical Centers in San Diego.

When I am not scheduled at one of my many jobs, I enjoy giving back to my community and organizations that helped me get through my hard times. One of my passions is volunteering for a camp for kids with cancer called Camp Reach 4 the Sky. I started volunteering when I was 15 for their Day Camp and became the Co-Program Director when I was 17. Every Summer I continue to volunteer for their Resident Oncology Camp (we call it ROC for short).  For the past 3 years I have been lucky and blessed to be the volunteer Program Director for ROC. In this role I have been able to help create a normal and fun summer camp experience for children who are going through a very abnormal childhood experience called cancer. As a child I was fortunate to attend to this camp where I made lifelong friends, two of which had bladder cancer. Those two girls were the only two friends that I had growing up that I could relate to with my bladder issues and surgery side effects.

Throughout these 32 years of my life, I have experienced a lifetime of challenges, pain and obstacles; none of which could stand in my way. I attribute my ability to be strong and maintain the courage to overcome my adversities to my amazing family. They instilled in me the belief that all of my differences were my greatest strengths.  Not once did they let bladder exstrophy define me or hold me back from anything in this life. It just helped me get my fighter name (coined by my Mom and Dad) … Beautiful Brave Briten! 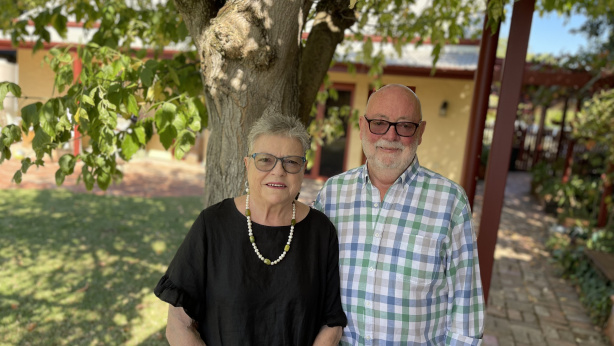