A Gift of True Love

Soon after birth, I had surgery to have my bladder removed and doctors put my urethra into my colon so I passed everything from my bowel.

During my childhood I remember lots of appointments, biopsies, X-rays, blood tests, hospital stays and lots of time off school due to urinary tract infections. I didn’t really mind because I was bullied at school. But my mum was amazing and she supported and helped me immensely. Mum mainly supported me on her own, since my Dad died when l was 10, but she had help from my aunt, who was a nurse, to help her out in many ways. I don’t remember my older brother knowing about my exstrophy, but I shared information with him later in life and he has been an incredible support system.

Working through the scars

The scars that I was left with (both mentally and physically) meant that my genitalia was very deformed. When I was about 20 I had a two part vaginal repair. The dating years were certainly confronting for me. It meant that I didn’t have many long term relationships. It was the hardest thing to confront with boyfriends. I was dumped a lot, and I know it was because of my Bladder Exstrophy. In December, 1973, I met my wonderful husband of over 48 years. We have three adult children…two biological sons and one adopted daughter from Korea. In 1986 my urinary tract was refashioned to a urostomy where I needed a bag to collect the urine. I had two c-sections for the boys and have had two vaginal prolapse operations. Before the vaginal prolapse operations, I had to wear a vaginal pessary which was very uncomfortable. It was not until I was around 50 that I confronted my demons. I was at a stage in my journey that I was feeling very down. I had not recognised the signs of depression. My doctor referred me to a psychiatrist. He helped me very much, putting my life and what I had to endure into perspective.

Over the years my kidney function deteriorated to the point where I needed dialysis. I was on dialysis for two and a half years when I was offered a transplant. This meant waiting for maybe years, but a friend offered one of her kidneys. Unfortunately during the work up process it was found that Rosemary was ineligible because her father had died from kidney cancer.

I had given up hope but my husband, Lindsay, offered to donate one of his kidneys. He tested positive for being a compatible candidate for transplant. In October, 2022, I received one of his kidneys. It is functioning very well, and we are both recovering well. I have been very fortunate to not only have had the top general practitioners, surgeons and specialists, but to have found a man who not only loves me but also saved my life. This journey with exstrophy, and now the kidney transplant, has bonded us immensely. The support from my husband has obviously been incredible, but I’m so fortunate to have an amazing family that has supported me throughout the years. I have had the best of people around me. I have been able to work in the disability field for 35 years, played sport and raised a family. I would say I have had a pretty normal life so far and now that I am not on dialysis my husband and I can do some travelling . Organisations such as ABEC are a great support for me. Best wishes everyone.

Resilience: A Young Woman Overcoming Obstacles and Impacting Lives Around the Globe 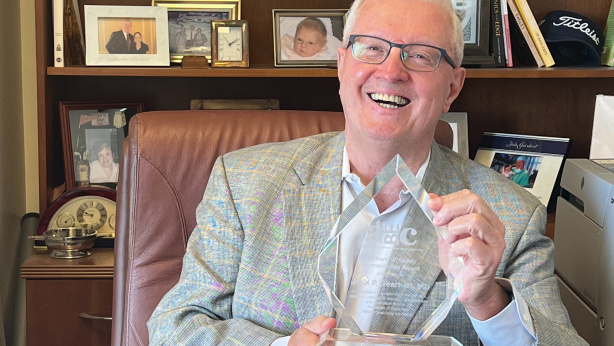